In May I had the incredible honor of traveling with a local non-profit foundation, Evangeline International, to Ethiopia. Evangeline provides funds to dig clean-water wells for rural villages, and we were able to visit two of their wells as well as a few villages who did not yet have access to clean water. I was invited along as the photographer for the trip, to document the quick glimpses that we got into the lives of these beautiful people. We were only in-country for four days, and went to three remote villages: Mendida, Dandi and Robit.

Our first trip the day after we arrived in Ethiopia was to the village of Mendida. Along the way, we stopped at a small health care post (which serves several villages miles apart) and spoke with one of the healthcare workers who ran it. Her name was Gete and she was 25 years old; as a healthcare worker, she’d had 10 months of training to equip her for this job, where she’d been for two months when we met her.

The blue container is the “ice chest” where they keep any perishable medications, and the box on the desk holds various vials of medications. The caretakers at this clinic train the farmers & families who come to them about basic cleanliness and health when they come in with diseases and problems. Gete told us that the vast majority of problems were malaria and diarrhea -type problems, relating to dirty water and poor sanitation skills. When she tries to teach the farmers about washing their hands before eating, they tell her, “What’s the point? The water that we would wash our hands with is dirty too, so it won’t make a difference.”

After we left the healthcare post, we were off again toward Mendida. 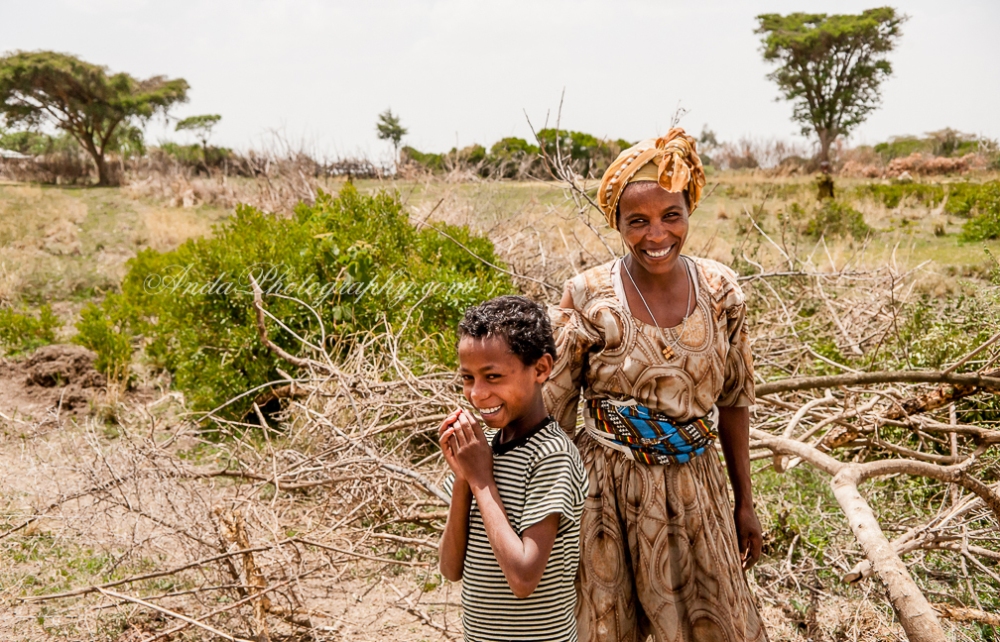 This was so funny – in every village we came to where Glimmer of Hope (Evangeline’s in-country implementing partner) has done work, the kids came out in droves to chase the car. Look at all of them following us down the dirt path – and with no shoes, either. These kids can RUN!

Mendida is a village where no clean-water well has yet been dug. They have a hand-dug spring where they all get water that they’ve protected with a crude fence line;  even so, the water is contaminated. Many children in this village are regularly sick and cannot make the long walk to school. Sweet Water Wells, one of the donor teams working with Evangeline International (made up of 9-year-old girls), raised enough money to begin construction on their own well near where a new school is being built.

These girls are washing their feet in the same water that the village gets their drinking water from. Local water sources are used for bathing & washing clothes as well as drinking & cooking. 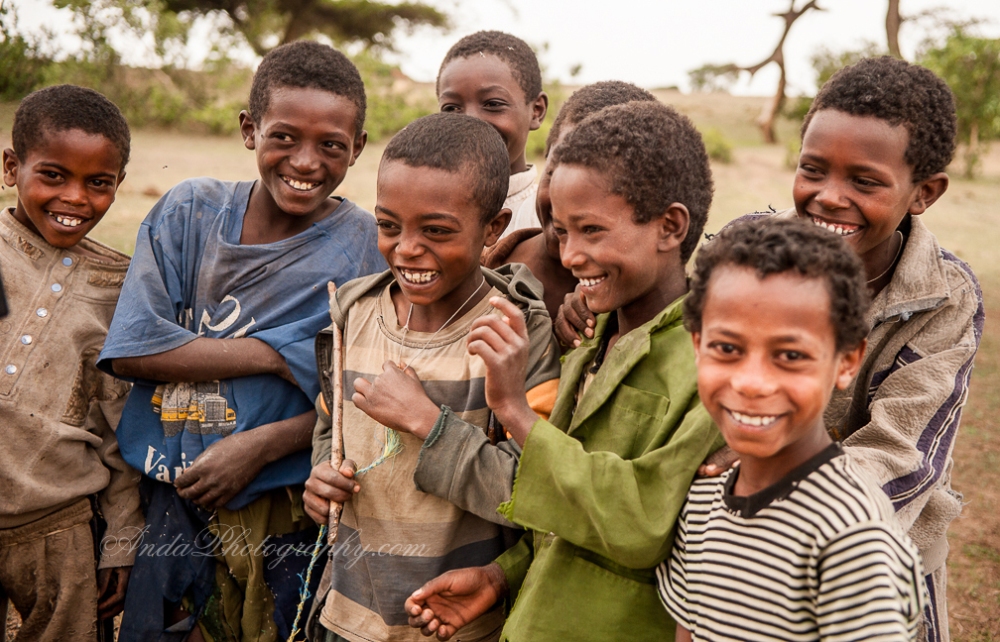 Here, the village elders are given a picture of the girls (8 year olds at the time) who have raised the money for their new clean-water well, which was in the process of being dug. Their question to us was, “How could girls so young know about our problems over here?”

These are some of the children of Mendida whose lives will be drastically changed because of the efforts of the six Sweet Water Wells girls! What an absolutely amazing thing… we should all be convicted by their determination. The well was finished at the end of 2012, so right now these children are drinking and washing with CLEAN water and that dirty spring is no longer in use!

This woman was adorable. She was 54, and a grandmother to eight; the average life expectancy for women in Ethiopia is 59. She was SO cute – she kept hiding her face and laughing, told us that we should have warned her we were coming and she would have made herself up a bit. I thought she was beautiful! 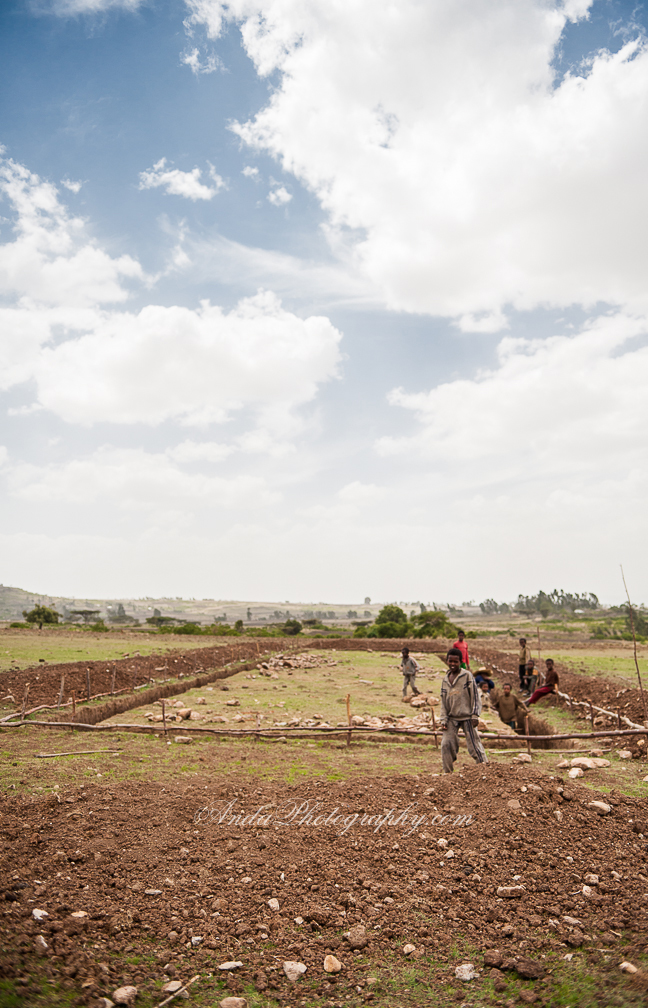 This is the site where Glimmer of Hope is working with another donor group to build a primary school in the village of Mendida. The kids were extremely excited about it! 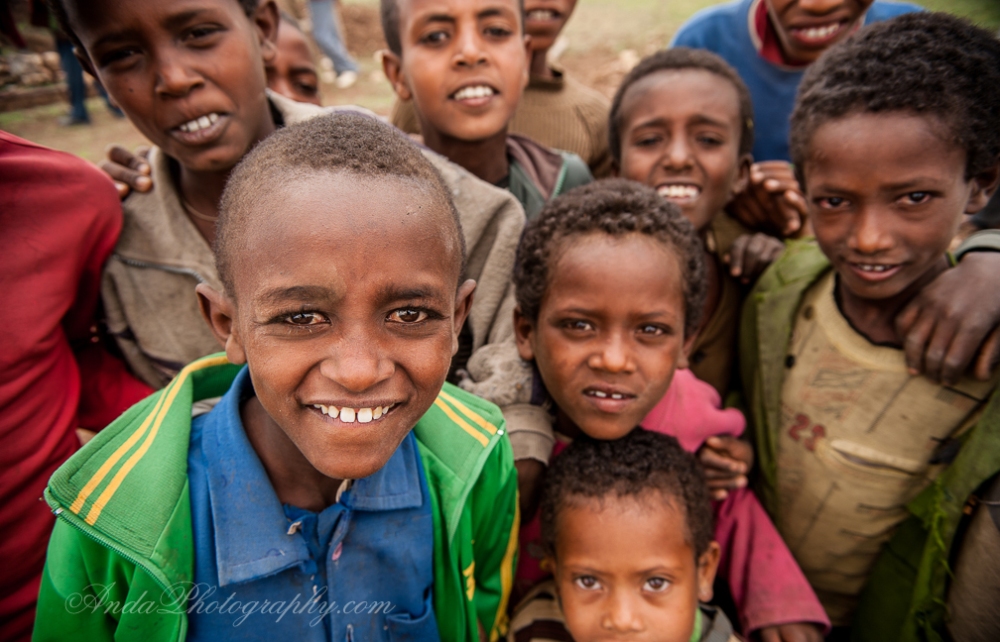 This is what we saw headed out to these remote villages… there aren’t exactly a lot of roads out there! Just bumping straight across the fields. 🙂 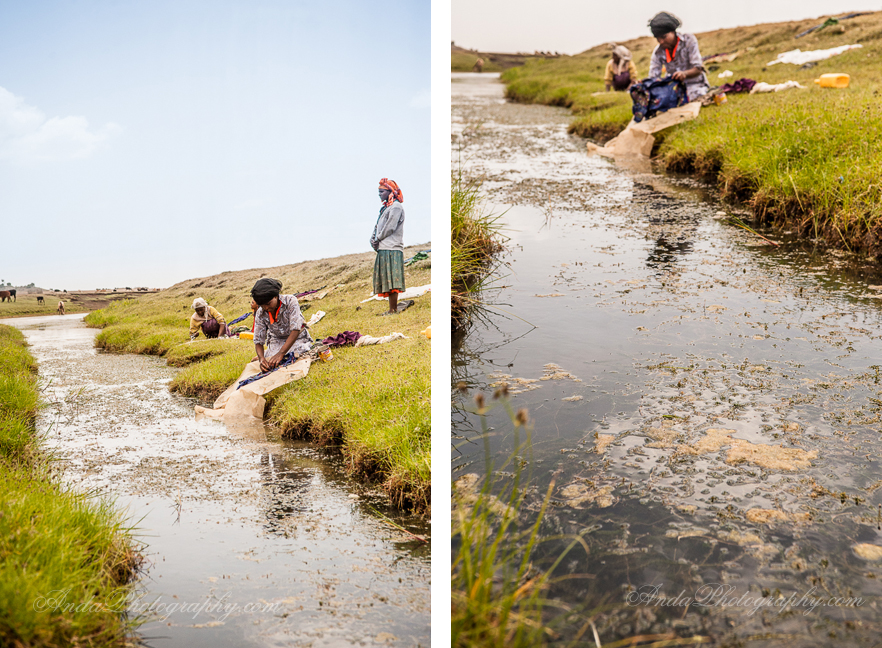 On our way out to Dandi, we saw a group of women washing their clothes in the middle of the field – this stream was a loooong walking distance from any village.

On the left is a small working well; on the right is a larger but dry well. You can tell which wells are in use because villagers carefully maintain a fence to keep any animals from destroying it; once the well has dried up or broken, the fence falls into disrepair,

This is the elementary school for the Dandi Village that Glimmer of Hope has built with another of their donors. When we arrived, it was Sunday so class was not in session; however, there were several teachers and students at the school that we were able to talk with. 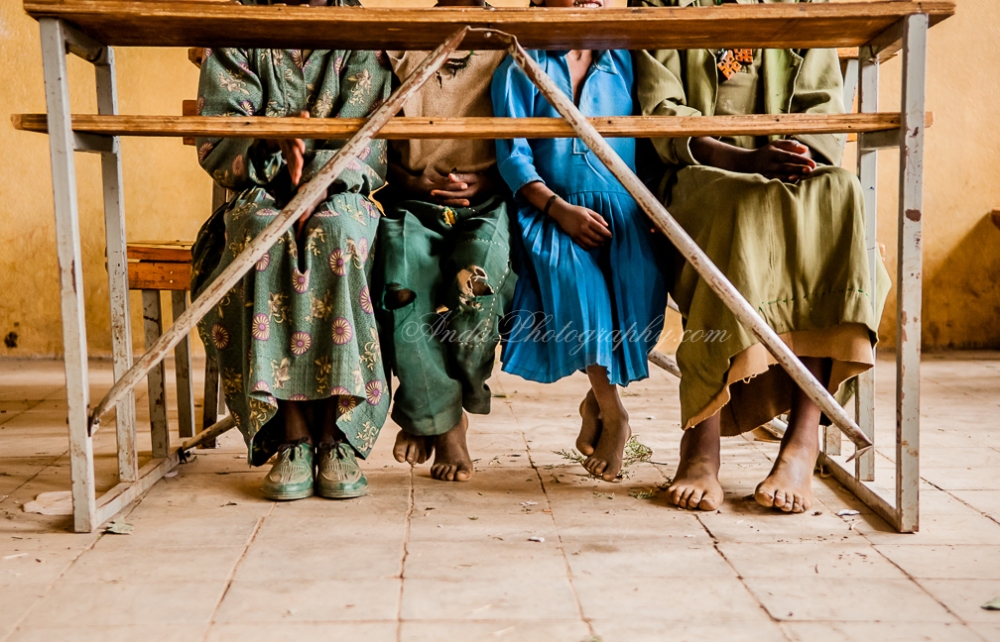 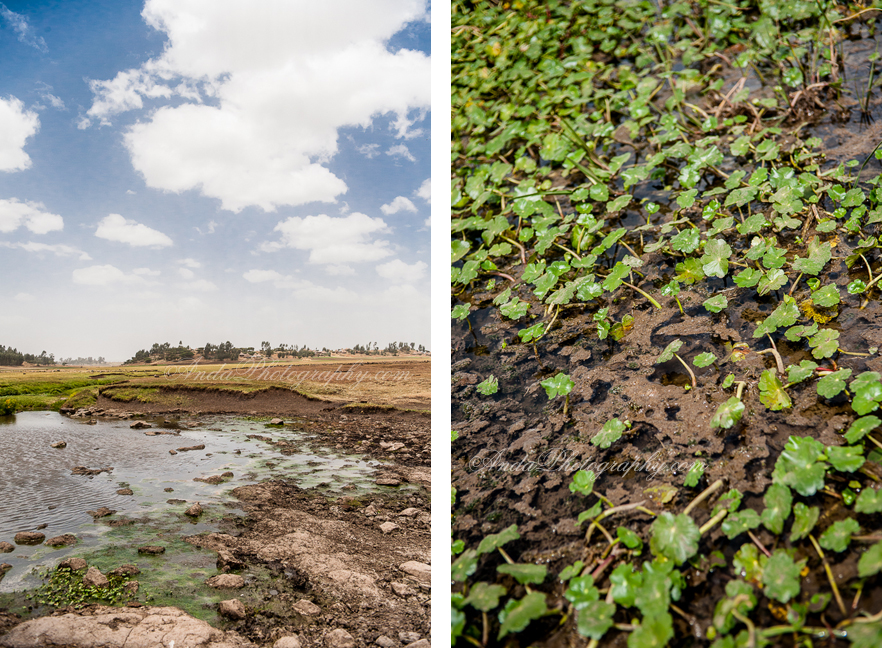 This is a contaminated pond below the school grounds, where the children get their drinking water from during the school day. Glimmer is currently working with another donor to put in a well just for the school, as it draws children from villages miles away who have nowhere else to go to get water. 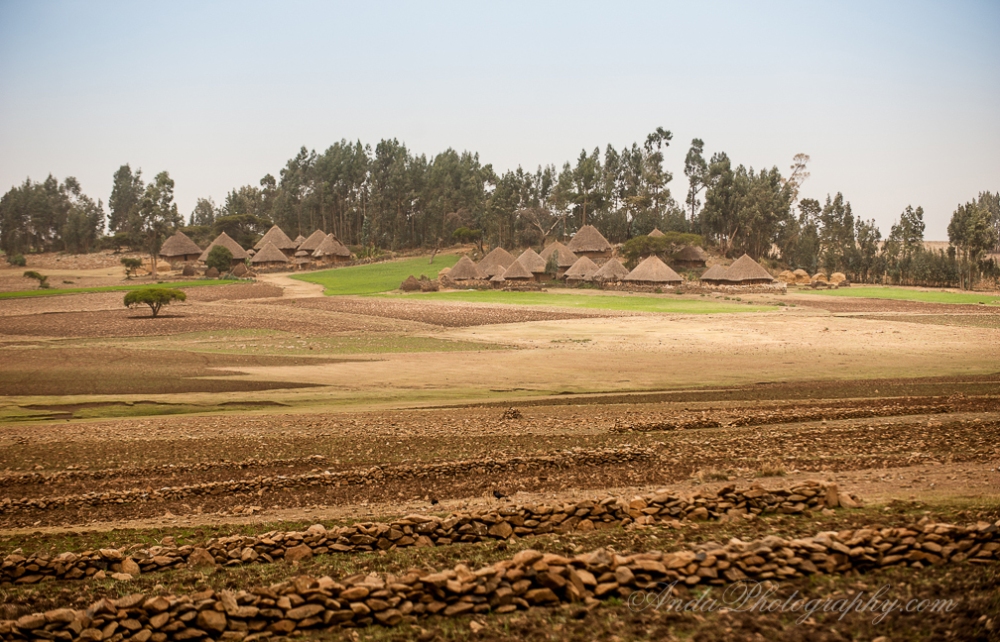 Robit is where Evangeline has funded two hand-dug wells, and this is also the only village where we camped overnight. On our way to the village, we stopped at a nearby health clinic (different than a health post like we saw in Dandi) that Glimmer had built with the help of another donor group. 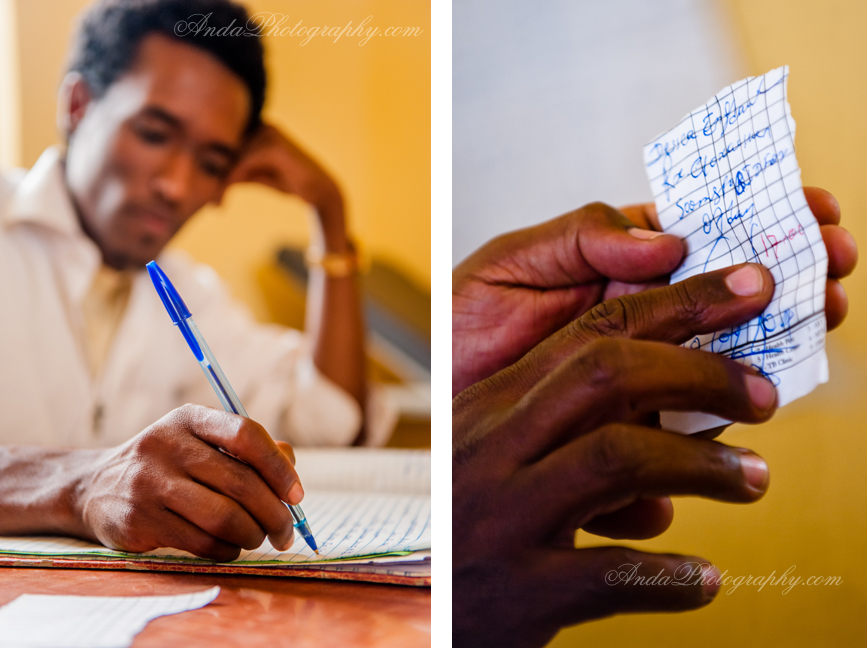 A torn-off piece of scrap graph paper serves as an official prescription.

And THEN, we arrived at the first well provided by Evangline International. This moment was one of the highlights of my entire trip, and the first time that I got teary… actually, if I’m being honest I still get teary looking at it. 🙂 Watching Angi see the well  that her grandmother’s legacy has provided and the lives that have been affected… what an incredible experience. This was her first trip to Ethiopia to see these wells, so it was her first glimpse ever!

Evangeline International has currently provided two hand-dug wells for the large village of Robit, one was finished at the end of 2012 in the village of Mendida, and they are working on funding for others as we speak. 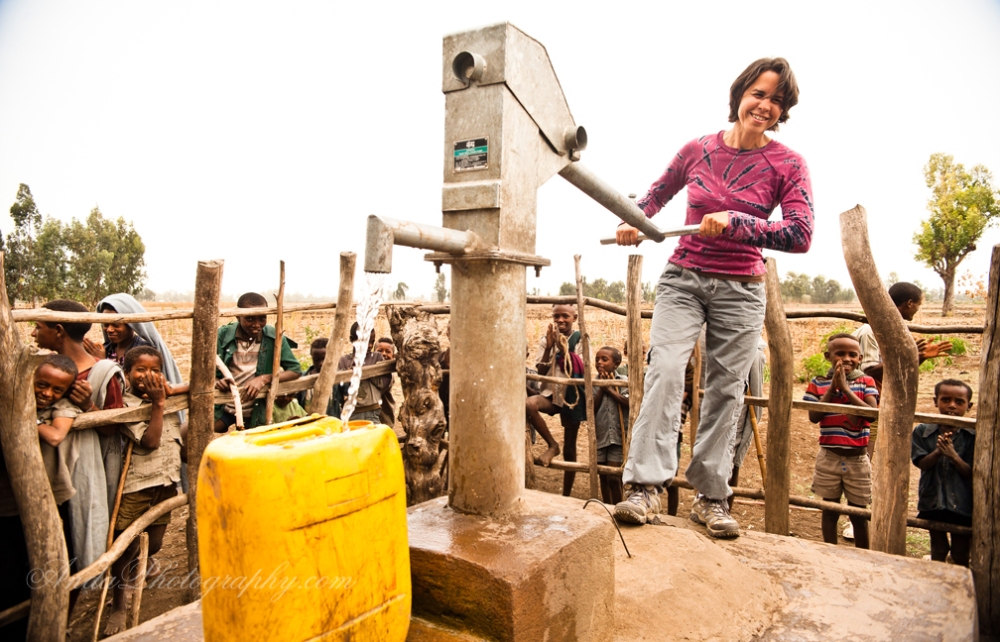 Angi founded Evangeline International in memory of her grandmother. These are two beautiful grandmothers of the village of Robit, one of whom told us, “When I was young, we shared our water with frogs and dead rats. Now we don’t have to, and so we are blessed!” 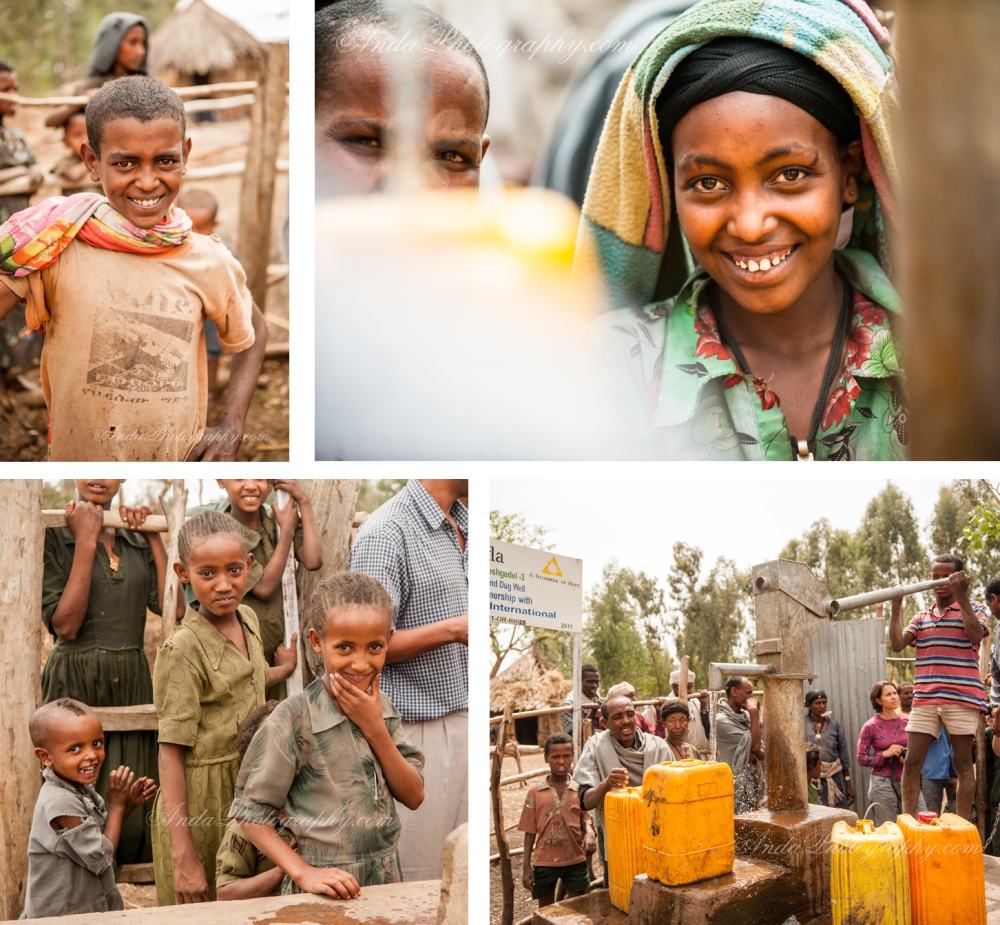 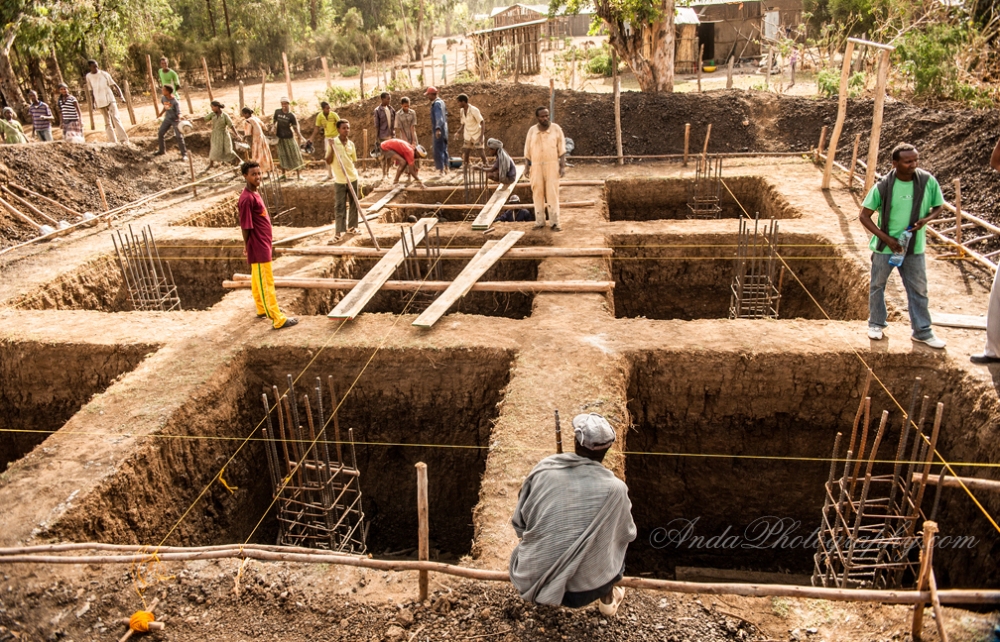 These villagers are constructing a big reservoir to hold clean water. When Glimmer of Hope works with outside donors to construct anything in Ethiopia, they only hire Ethiopian workers and make sure that the villagers themselves are personally invested in the projects, whether in performing the work themselves or providing partial payment for the project.

Because we were spending two days in Robit and it’s so remote (it was a 4 hour drive from our hotel in Adis Ababa), we camped at the gated high school that night. 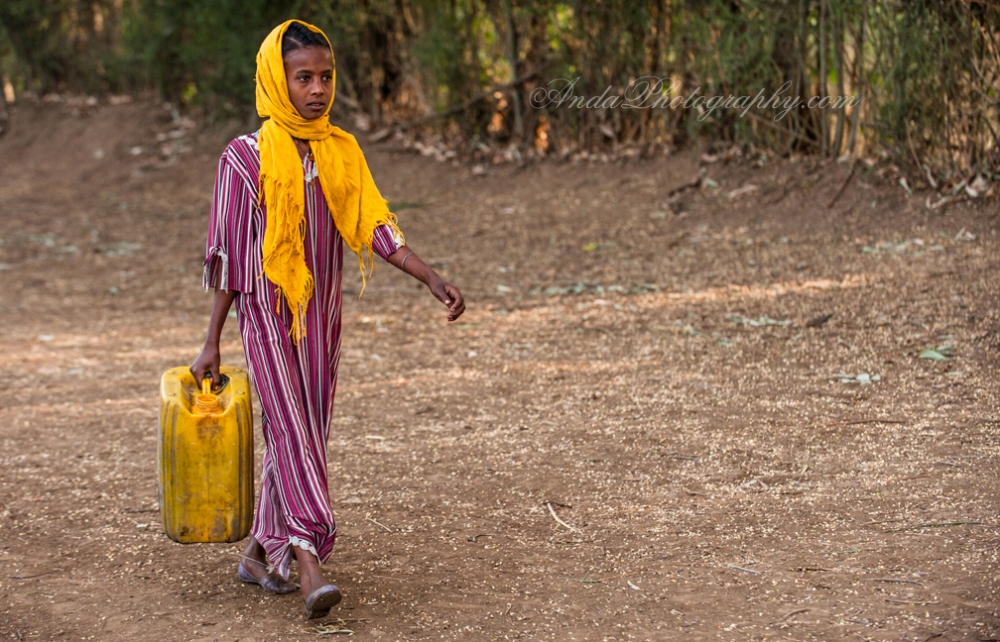 First thing in the morning, we met with a young girl in the village named Yourda to make her daily “water walk” to get clean water for her family. Because of a donor who provided a well to this part of the village, now instead of a two-hour walk to a polluted stream, her daily walk is a five-minute commute to the filtered water pump.

Villagers will come to the holy men of the village to have portions of their gathered water blessed, believing that it will heal various illnesses & hurts. This group was quietly listening to him in the rising mist of early morning; it was beautiful. 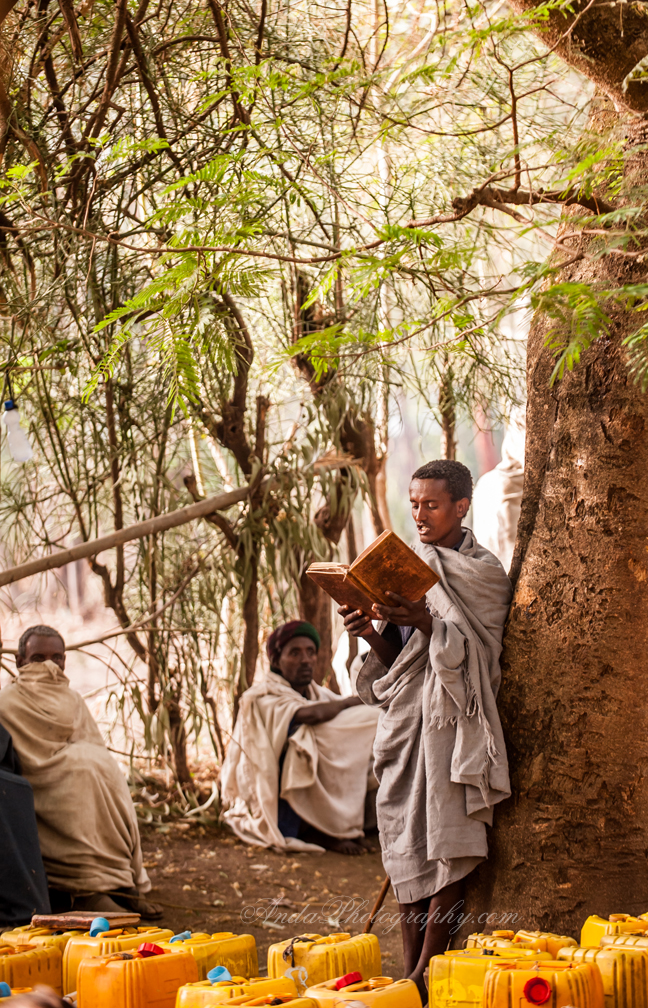 Most schools in Ethiopia are covered with this “graffiti” – teachers paint the outsides of the school walls with various lessons. What a brilliant idea! 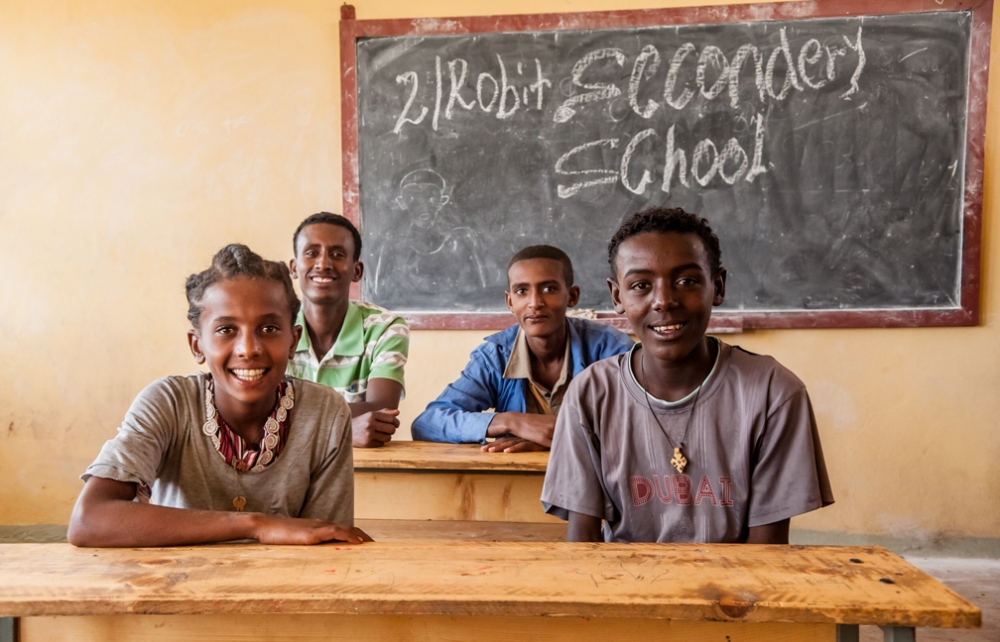 A few of the students of the Robit high school. These four are actually kids that Glimmer of Hope has been following for years now, before the wells were put in, so it was especially gratifying for them to be able to reconnect and see how they’re doing.

I find it hard to describe just how this trip with Evangeline International has affected me. I know, for whatever reason, that Kevin and I will be called back to Ethiopia in the future; for what, I’m not sure of yet. But the dignity and pride of these people combined with their dire need for help has touched my heart. Thank you for browsing through my journey here!

If you’d like to partner with Evangeline as they strive to dig more wells and delve into the world of orphan care, please check them out and donate or start your own fundraising team!